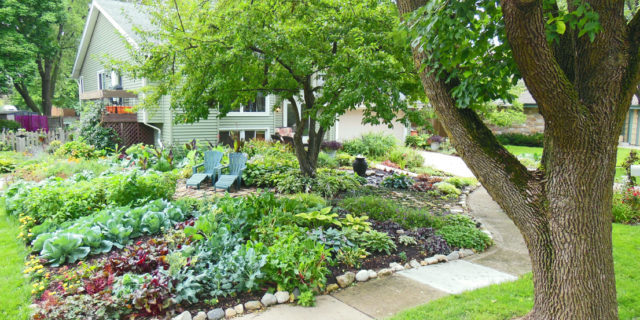 It may come as a surprise to most of people who grow vegetable in their garden, that in the US, it is illegal! At least, that’s what a case in Miami has brought to public light. Bear in mind that we are talking about the front yard, which in the view of the State, represented by attorney Richard Sarafan in the above-mentioned case, is in the legitimate purpose of the government to make it aesthetically pleasing. In other words, your front yard is subject to government guidelines, just as the front of your home is. And there is no `fundamental right to grow vegetables in your front yard`. So if you are planning to grow your own vegetable plant, organic or otherwise, make sure you do it in the backyard. You will not be bothered by the government and you can plant them in any fashion and style you desire.

“Miami, FL — Last week, a Miami-Dade judge became the focus of much-deserved anger when she ruled on an ordinance banning front yard vegetable gardens. The village of Miami Shores, according to the ruling, has every right to take legal action against residents who dare to grow food in their own yards because they are “ugly.”
The ruling was a whopping ten pages long as it was filled with legal analysis and definitions of what constitutes a vegetable. Even though she ruled in favor of the ban, Judge Monica Gordo acknowledged that she wasn’t quite sure how a vegetable garden can ruin the aesthetics of one’s property”. write TheFreeThoughtProject