For the Cost of an Iphone, A Wind Turbine Can Power An Entire House 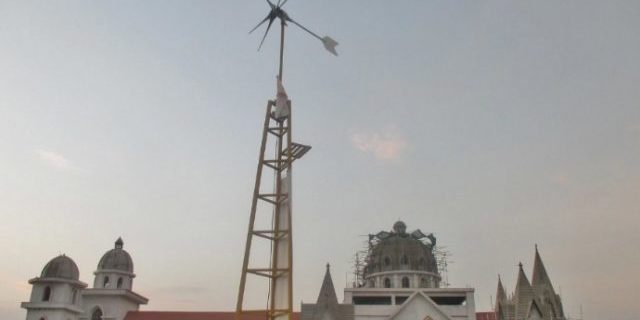 Creating energy self-sufficiency has been an objective for people ever since electric power has become a necessity. But for a long time, doing that meant impacting the ecological balance of the environment around. Arun and Anoop George from Kerala, India have managed to achieve that, whilst also reducing dependence on state power grids and localizing an affordable renewable energy solution. All this without harming the environment! The secret lies in the small, ceiling fan-sized wind turbine that can generate 5 kWh per day, with just a one-time cost of $750! The low-cost wind turbine which generates enough electricity to power an entire house for a lifetime the green start-up Avant Garde has come up with, is planned to be suited in residential, commercial, agricultural and village electrification areas. Also, the prototype is highly scalable for power capacities of 300 kW or even higher. Once mass production is under way, the costs are said to decrease further.

According to the Global Wind Energy Council, India ranks fourth in terms of global installed wind power capacity, after China, the US, and Germany.